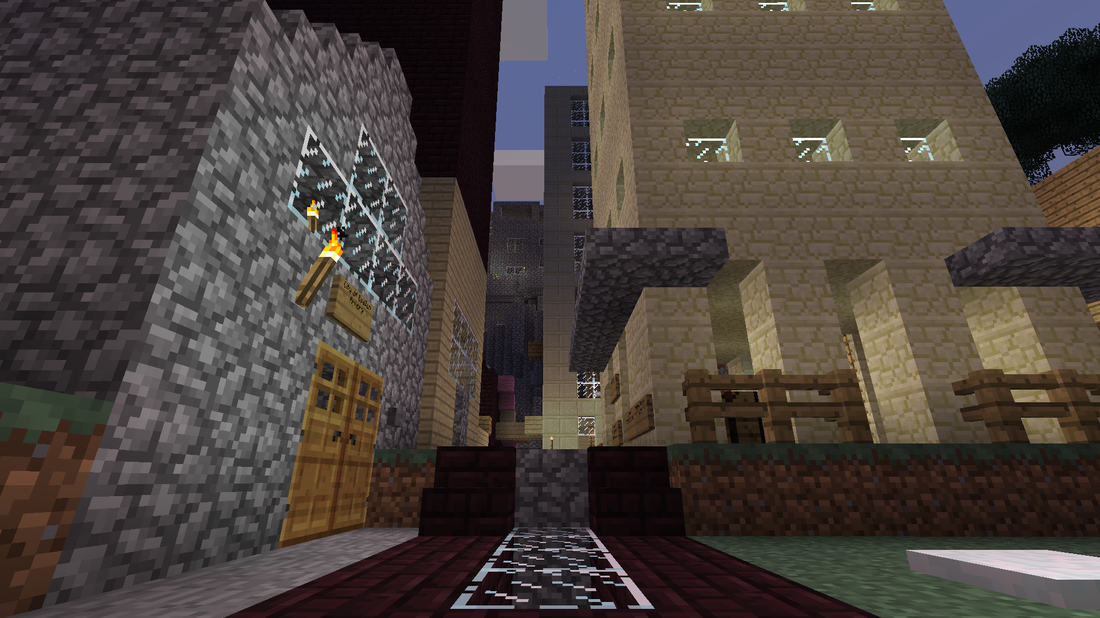 All blocks can be broken in Epsilon, but the griefers will be banned if they try to destroy the place. 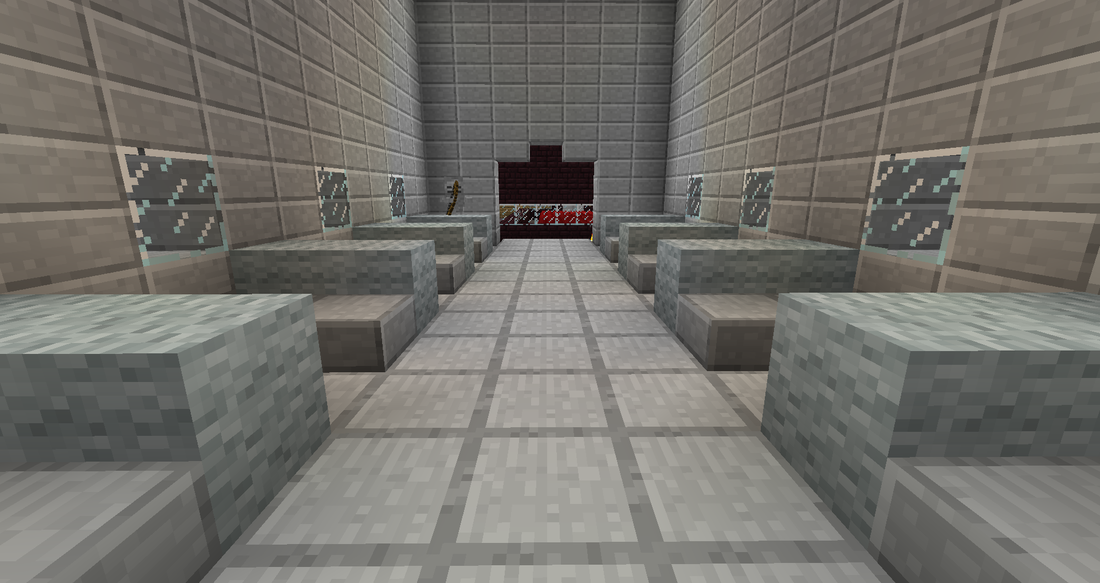 Skelewar is a longtime fort located in Free. It is a safe haven for Frees to take refuge in from the Skeletons and their allies.

As told by Sir Dusty himself: dusty435 was on a daring raid against benjaminsaunders. Skeletons aided dusty in his pursuit. Then, the UNEXPECTED happened. The skeletons turned on dusty and murdered him brutally. This event marked the start of the... SKELE WAR

Listed below are the War Casualties of the warring factions.

Listed below are both Dustonia's and Skeles and Co.'s Allies.

One day in August, the then AlphaGuard dusty435 decided to start something big. He was going to make a fort in Free, and start a war against skeletons. He called upon a few Frees of the server to aid him in his war. Some of the responding members were: Carrotts55, gracestaff123, builder1029, and GeneralLogan228. Together, they created a small and simple base.

However, on September 25th, the day of dusty's promotion to Warden, discovered in its place was...nothing. Skelewar was officially, completely, and perpetually obliterated. Everyone mourned the loss of the fort, and since LogBlock had not yet been implemented, it is still not known to this day, just who the evil man was who razed the fort. As a part of the War's Lore, it has been decided that the Skeletons overran the fort and destroyed it.

Months later, in late November, builder1028 - who had just recently been promoted to AlphaGuard himself - visited the ruins of the fort, and created a monument dedicated to the lost fort. However, after looking around the ruins, he turned his X-ray on - and found something. A chest, placed by himself, located in his underground wheat farm. He dug to that chest, and discovered that his wheat farm had merely been covered by dirt by the griefer. He dug the farm out, and finally had a location to where the fort once stood. He began work himself to somewhat restore the fort. Dusty noticed his efforts, and together with builder and DaChimp created a new fort in its place using creative mode.

Skelewar still stands today, although looking nothing like it did when it was first created. It stands as a national monument, acting as a beacon of hope and courage to the world in its fierce struggle against the onslaught of the Skeles and Co. 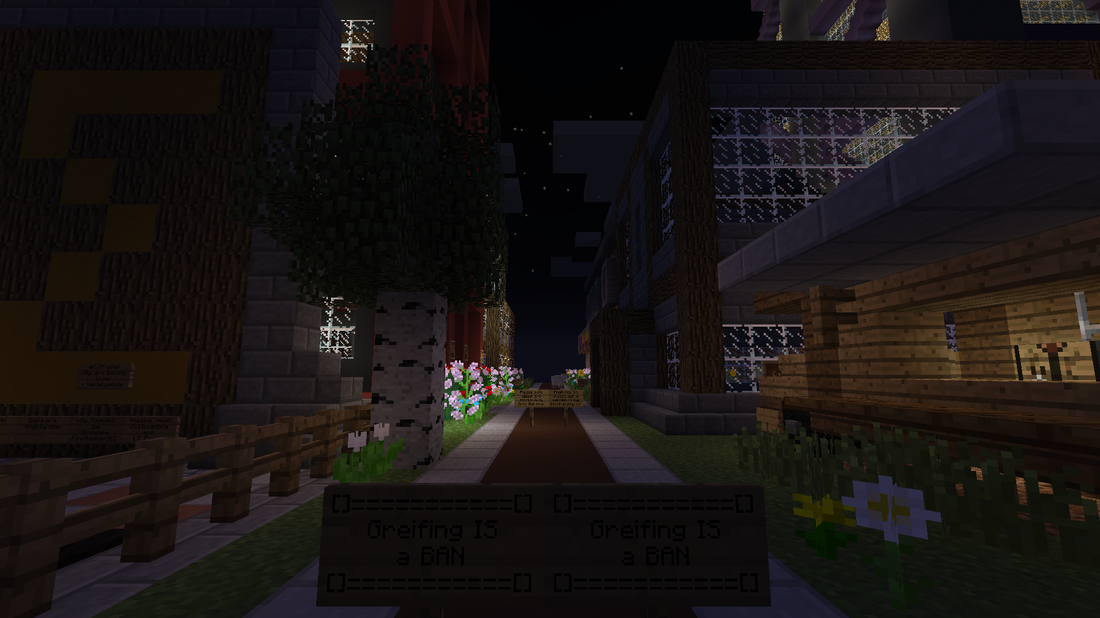 Sigma is a relatively new player-built city in the Wilderness. It is located directly outside of Free Spawn, and until recently was very heavily griefed. Currently, a restoration project on the city is underway. Sigma was founded by govngame, FireFlasher361, amazing_squid, js1texasboy, and LT_Couch. 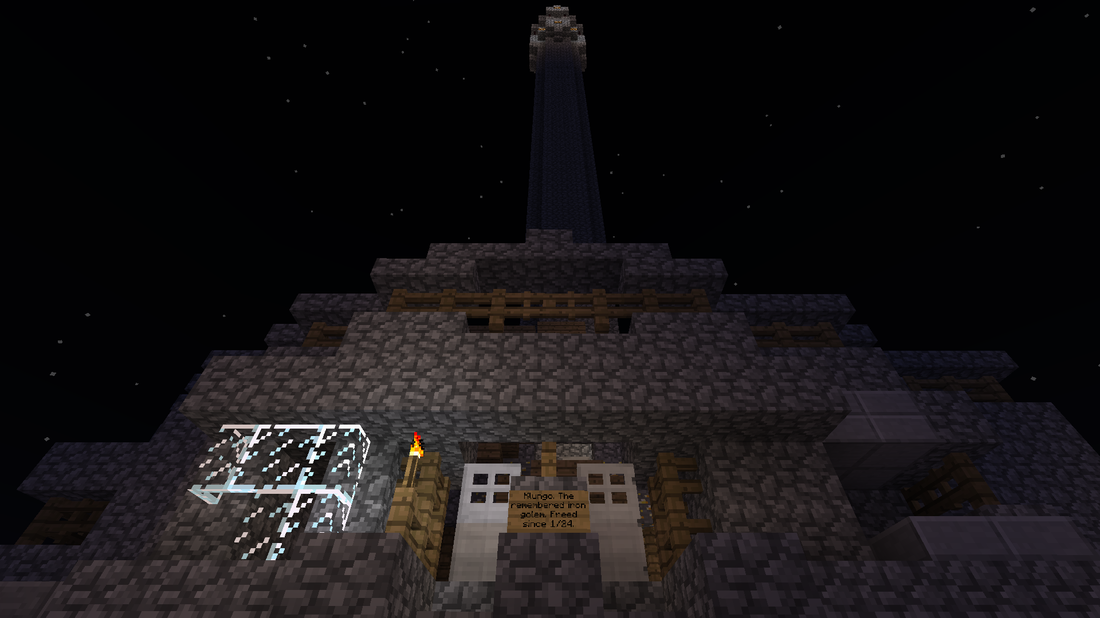 The infamous Tower of Klungo - made out of an abandoned base by benjaminsaunders, this tower was the prison of Klungo, ViperKnows' pet iron golem.
Powered by