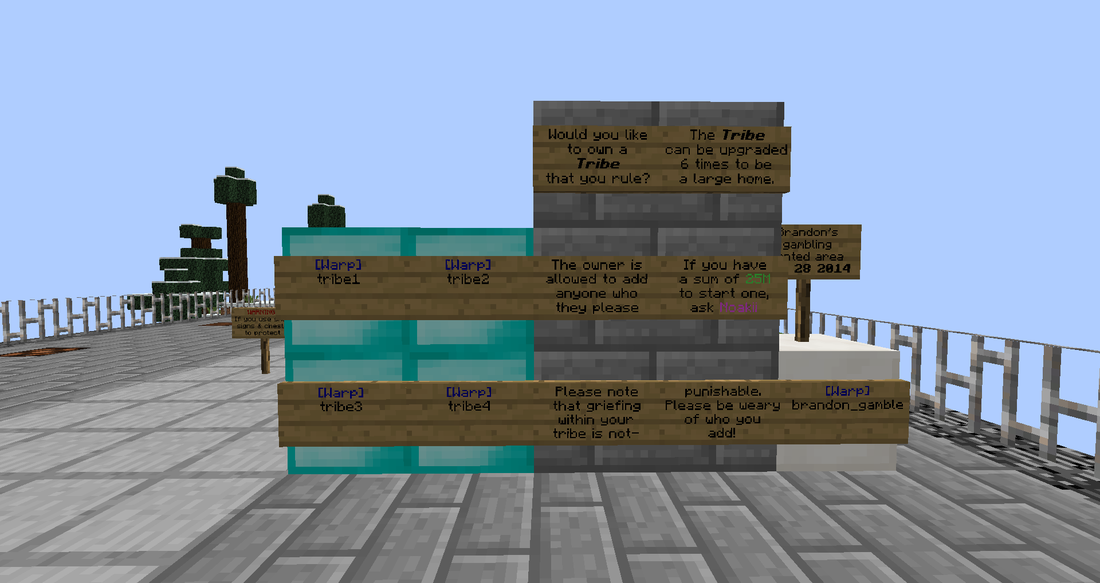 Tribes are extremely large plots (62 x 61 area) that you can build on. They cost 25 million BP and are for Frees and Guards only. There are currently eight tribes. You can find warps to the tribes in Free Spawn, Guard Spawn, and the Prison Warps.  You can add as many people to the tribe as they want to and griefing is not punishable. The area of building can get bigger though if you upgrade your tribe. If you have 25 million BP, you can ask Noakii to purchase a tribe. You can build until 1 layer before the glass. The tribe can be upgraded 6 times in total!

Tribe Scrolls
Tribe scrolls can be obtained in three different ways. The first is by redeeming 20 8Q Tokens. The second known way is from event rewards, commonly Lane Race. It is unknown at this moment if there are other ways. SARA_BIRDS was the first and only player so far to redeem a Tribe via Tribe Scrolls. Currently buying Tribe Scrolls is the cheaper method if you can do the 8Q or you can buy a lot of tokens at a nice price. If you can win or buy Tribe Scrolls that were gained from events, it is a much cheaper alternative.